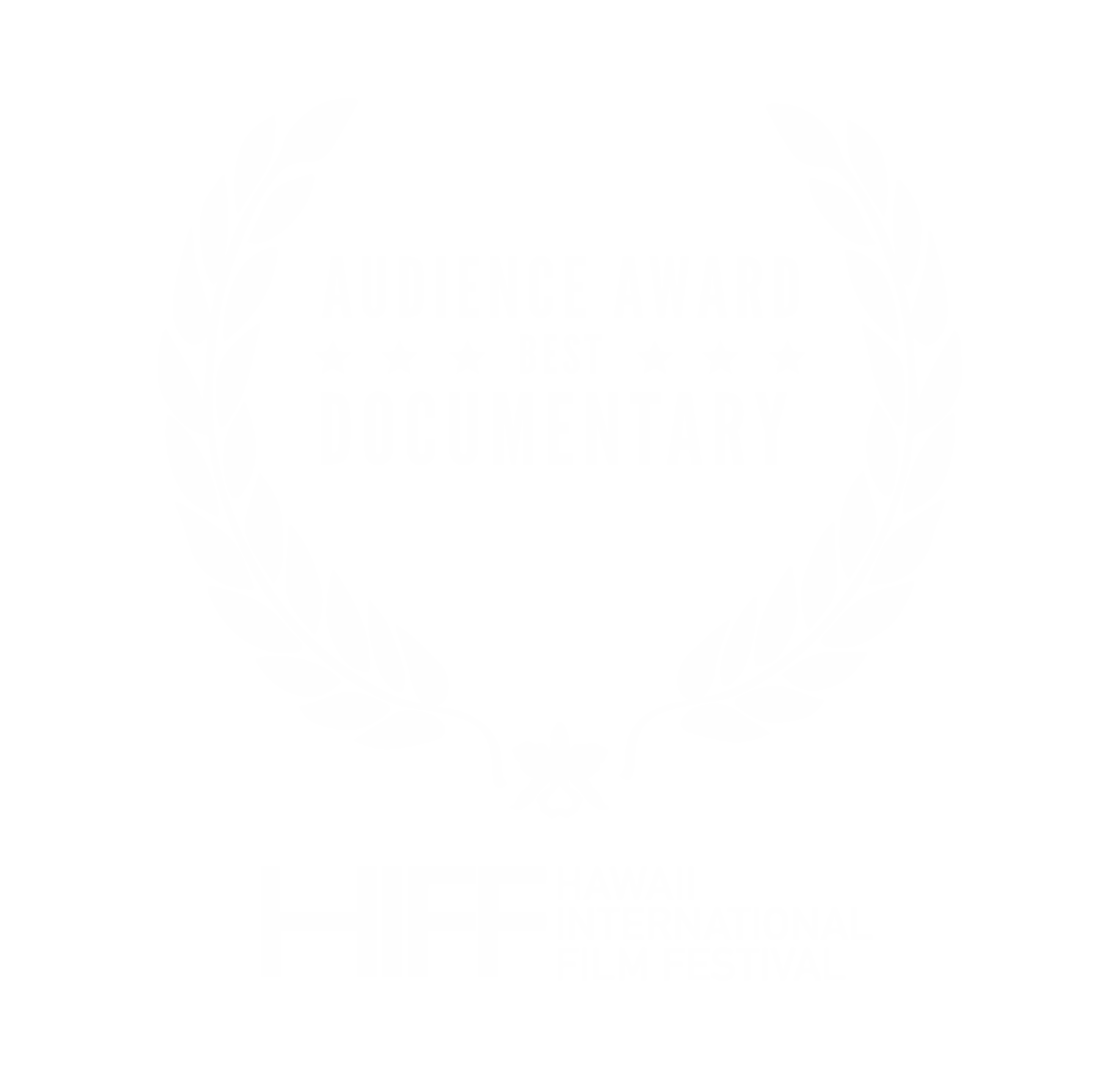 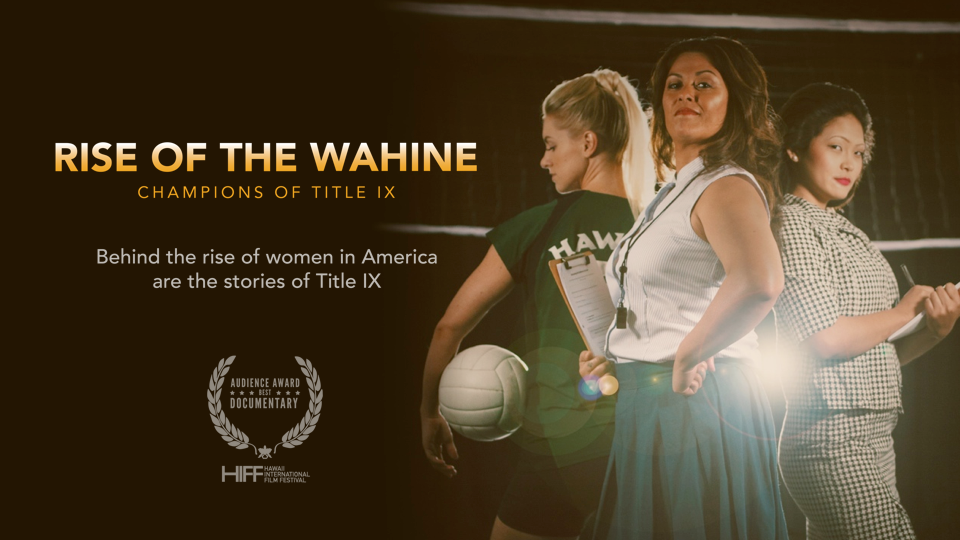 WATCH THE FILM
WATCH TRAILER
"Sports, social history, and politics form a winning team in this informative and uplifting documentary..." - Richard Kuipers, VARIETY
Educate and Inspire the Next Generation of Female Leaders... 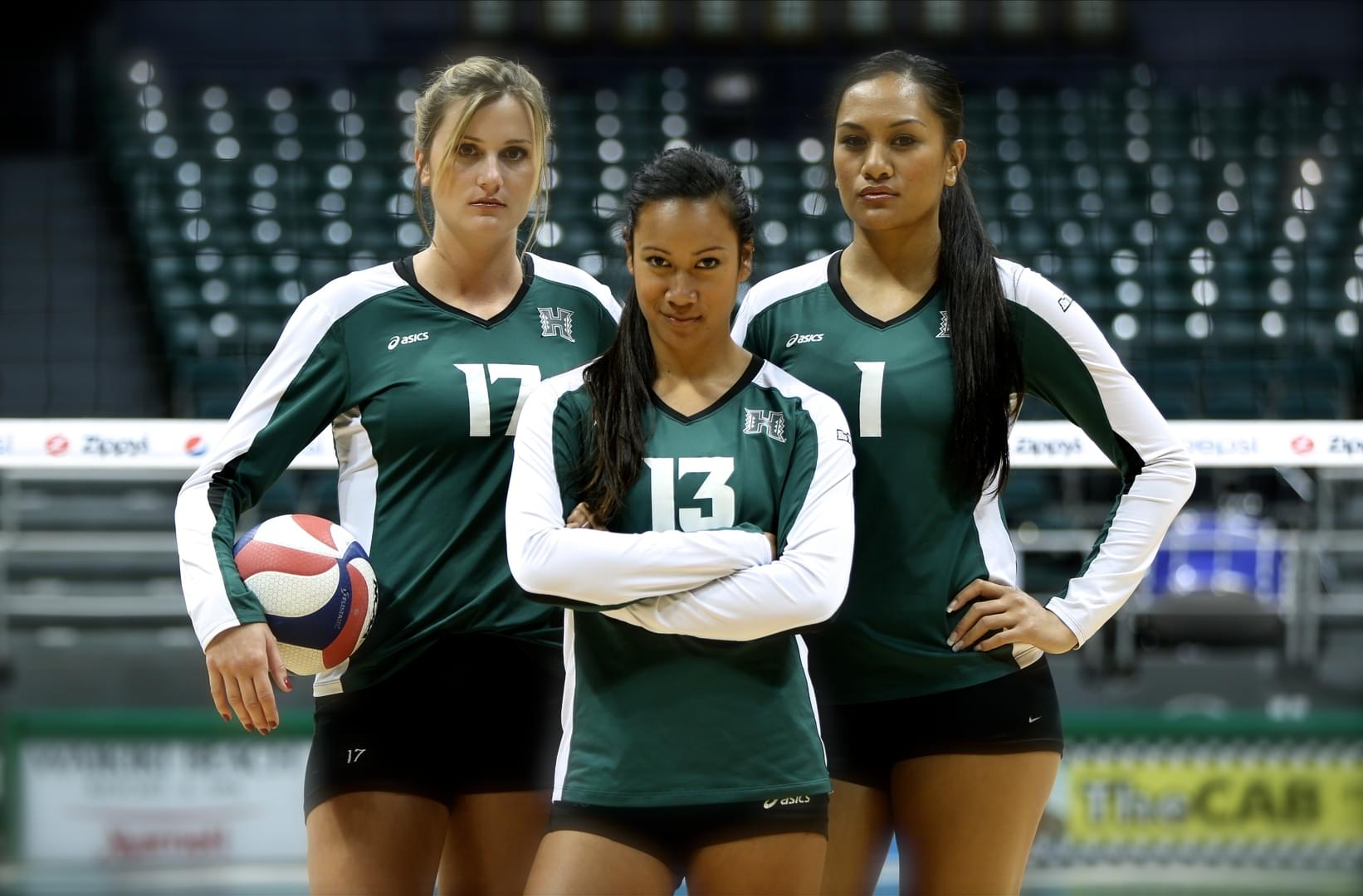 "Rise of the Wahine: Champions of Title IX" is an edge-of-your-seat David vs. Goliath tale revealing the incredible untold story of the rise of women in America...
In the years following the Civil Rights movement and the passage of Title IX in 1972, Dr. Donnis Thompson (a headstrong African-American female coach), Patsy Mink (the first Asian-American U.S. congresswoman), and Beth McLachlin (the team captain of a rag-tag female volleyball team), battled discrimination from the halls of Washington D.C. to the dusty volleyball courts of the University of Hawaii, fighting for the rights of young women to play sports.
“I think the film was AMAZING! I learned about Title IX. I learned how it impacted women greatly and is a substantial moment in history.”
- 7TH GRADER, LA PIETRA : HAWAII SCHOOL FOR GIRLS 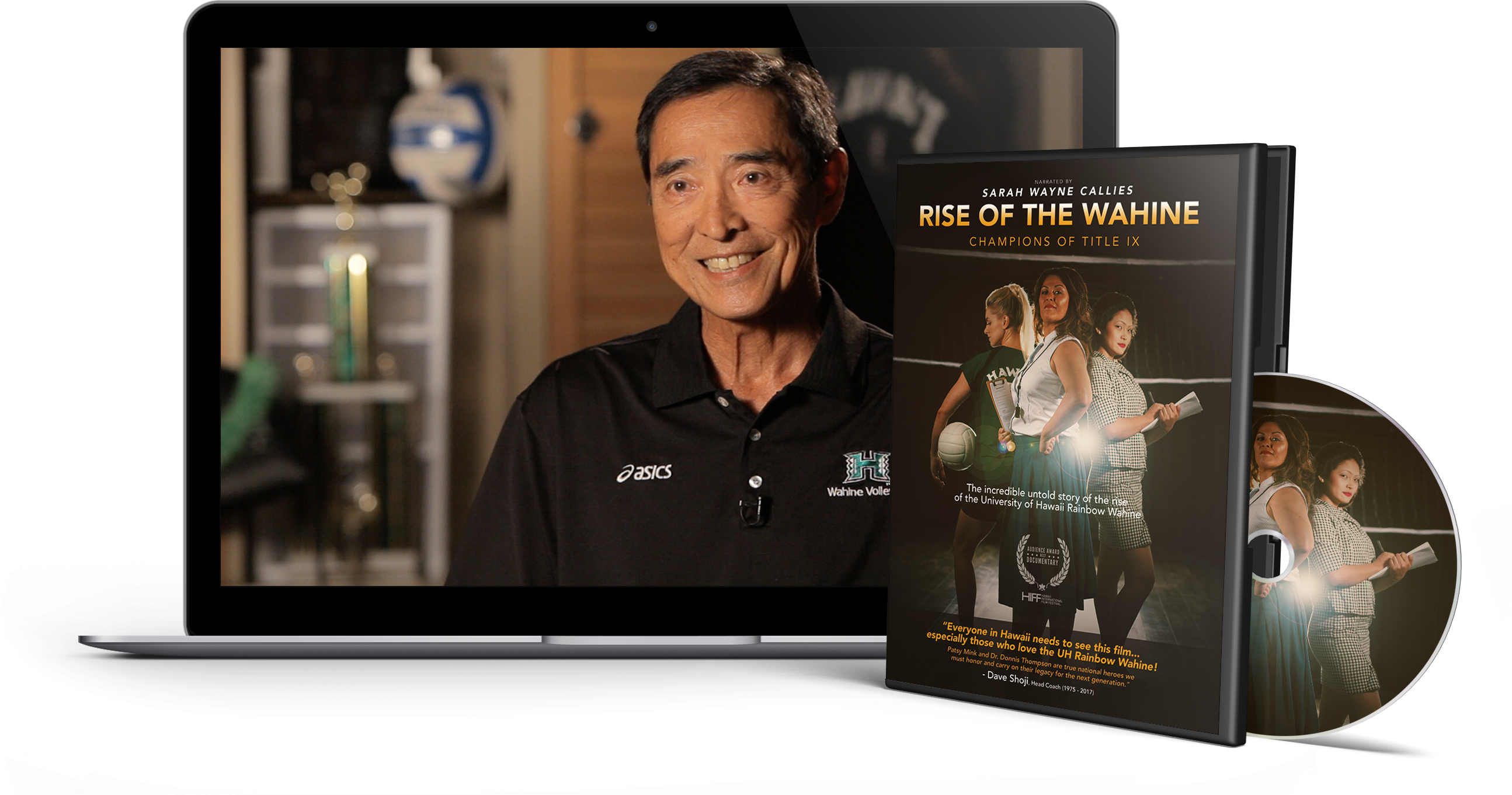 HD Digital Version + DVD
Perfect for Christmas gifts!  Order the film as a DVD and receive a FREE link inside to the online HD digital version (value of $14.99)!

ORDER DVD/HD Digital Version $20 + Shipping
Individuals & Families
RENT or PURCHASE and get instant access to the film online as a digital HD stream to enjoy on your own or with family and friends. 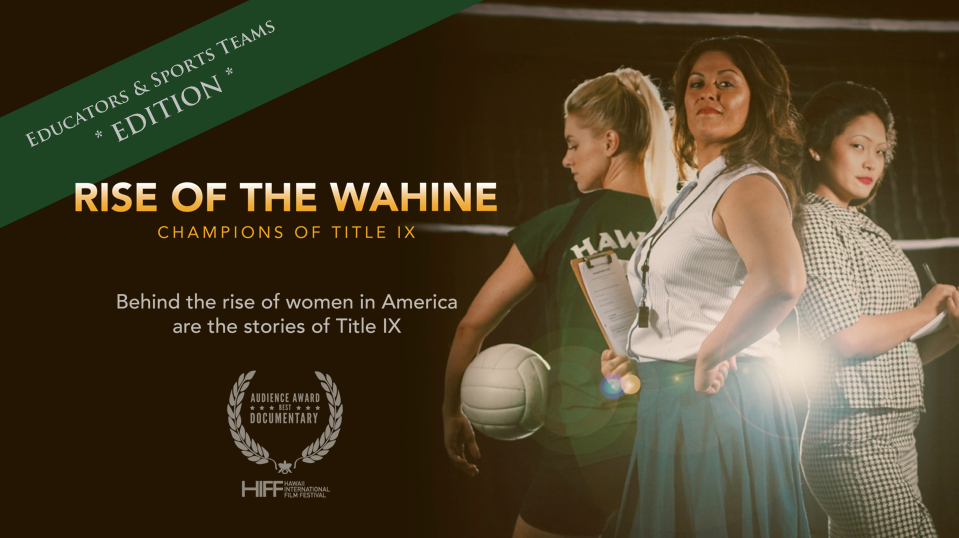 Educators & Sports Teams
PURCHASE and get instant access to the digital HD stream specially licensed to view in a group setting with students in a classroom, sports teams, or special interest groups.

PURCHASE NOW $49.00
Screenings & Fundraisers
Perfect for Women's History Month...coming up in March 2020!
Enjoy the film as a screening for a large audience (50 - 1,500 viewers) in your community! Or put on a screening of the film as a fundraiser for your athletic team, club, or group.
* The other versions of the film are not licensed to be played for auditorium-sized groups or fundraisers
* FREE w/PURCHASE: Receive an online copy of the Educators & Sports Teams EDITION of the film (a value of $49.00).
APPLY FOR SCREENING 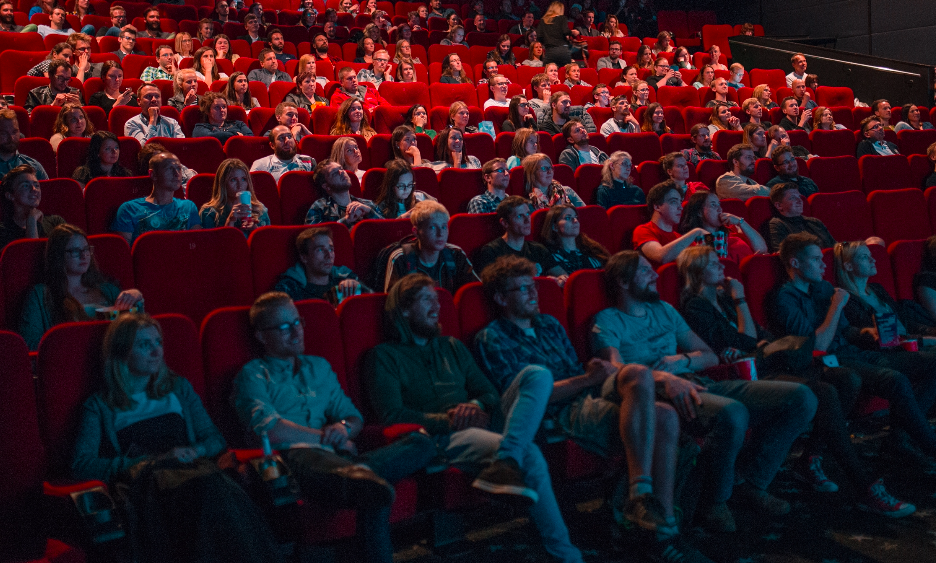 "These pioneers of Hawaii -
Patsy Mink and Dr. Donnis Thompson - are true national heroes. They've helped change the landscape of female athletic and educational opportunities in a way that affects the lives of every girl and young woman in our country today."
- DAVE SHOJI 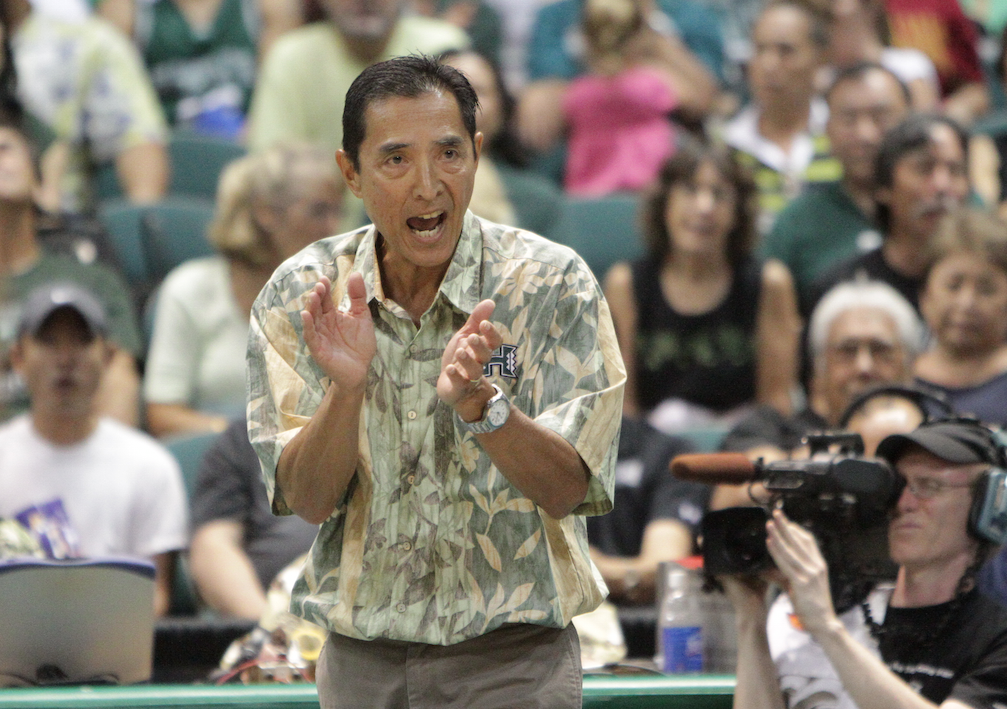 "It's an honor being a part of this powerful story to bring Hawaii to the fore of the national dialogue about Title IX.
At a time when women are raising our voices so powerfully in support of one another, I am proud to raise mine, proud to be from Hawaii, proud of our leaders, from Patsy Mink to Pat Saiki to Dr. Donnis Thompson to all the Wahine teams."
- SARAH WAYNE CALLIES
Narrator, "Rise of the Wahine"
Actress, "The Walking Dead" & "Prison Break" 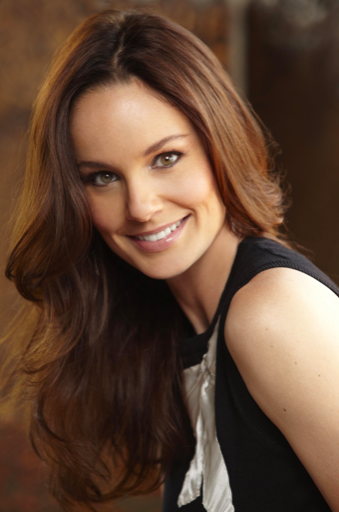 FROM HAWAII TO THE NATION
Rise of the Wahine (pronounced, "wuh-hee-nay," Hawaiian for "woman") : Champions of Title IX  is the Winner of the Hawaii Film Festival Audience Award for Best Documentary, and is both rich in women’s history and inspiring for all who desire to transform the world around them.

It is perfect for families to view together, sports teams or high school/college classes, and for young men to grow in a deeper understanding in their hearts towards the struggles of the women and girls around them.

“…This chronicle of underdogs who overcame daunting obstacles and emerged as rockstar-like figures is lovingly made and never less than highly entertaining.”
- Richard Kuipers, VARIETY

STORYTELLING THAT CHANGES HEARTS
Hawaii-born and raised actor/filmmaker, Dean Kaneshiro, first heard of this incredible overcoming story in 2012, through the tears and laughter of Beth McLachlin, the first University of Hawaii Rainbow Wahine volleyball team captain of the early 1970s. He had never heard of Title IX, Dr. Donnis Thompson, nor the central role that she and Maui native Patsy Mink played in both the passage of Title IX and its staying power throughout the decades.
He reached out to LA-based Producer, Tiffany Taylor, to figure out how best to tell this story as a documentary. Dean then called on Co-Producer Ryan Kalei Tsuji, former UH Wahine volleyball Assistant Coach and UH Athletics commentator, to give him a hand. His old classmate and friend who had already fallen in love with the story was Hawaii-born Hollywood actress, Sarah Wayne Callies ("The Walking Dead," "Prison Break"), and he asked if she would narrate the film. 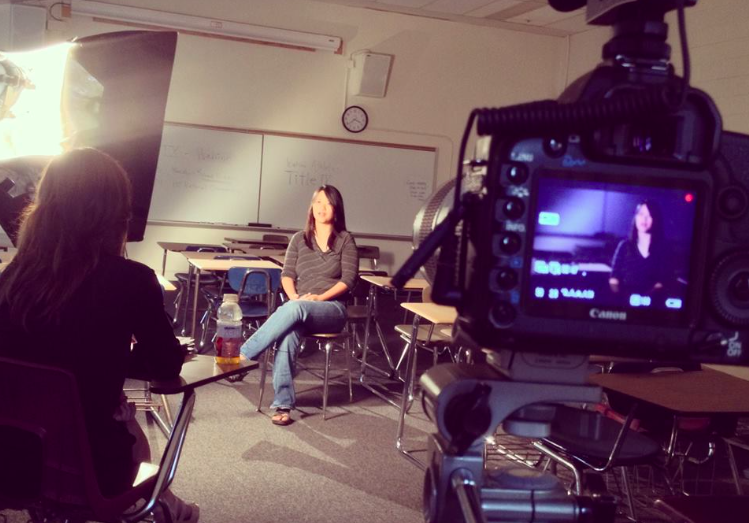 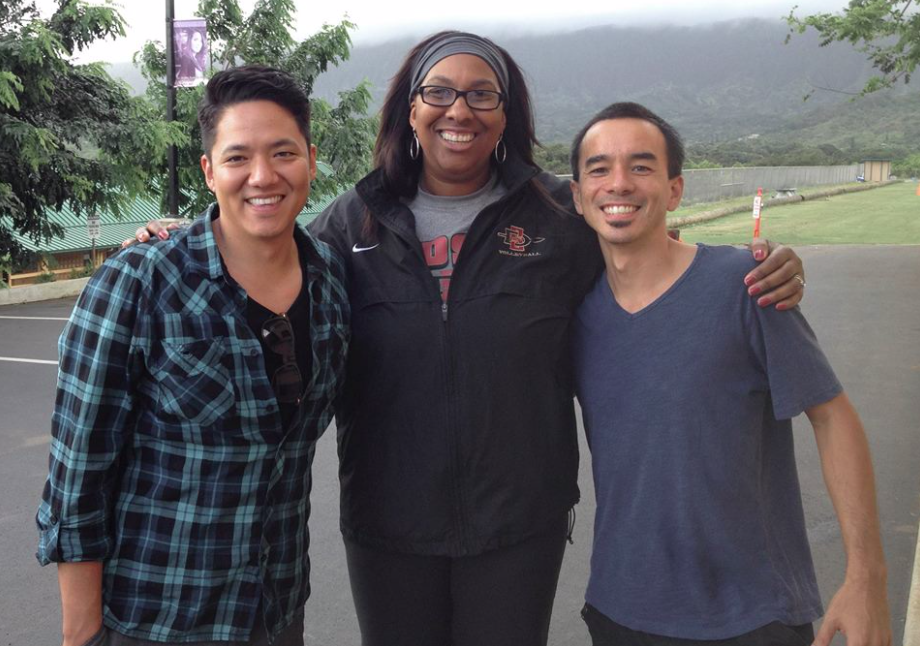 Through in-depth interviews with experts and people who lived through the passage of Title IX, like Dr. Bernice Sandler and Gwendolyn Mink, to the personal and emotional overcoming stories of former Wahine volleyball players, including many former Wahine and then Head Coach Dave Shoji, the film allows viewers to experience first hand the struggles, discrimination, sexism, and overcoming power these Champions had to discover within themselves to forever transform female athletic, educational, and professional culture as we know it.
"Never in my life has a door of opportunity been closed to me because of my gender or ethnicity," explains Kaneshiro. "I just knew I had to walk in these women's shoes for a few years to better understand what they had to overcome and the struggles they continue to have today. I can say this experience has changed my heart forever, and has caused me to raise my sons - and my daughters - in an empowering and honoring way that I pray can impact a whole generation of young people."
Rise of the Wahine: Champions of Title IX is a story to enrich your understanding of how culture is changed, how to honor and respect one another more deeply, and how to rise above the challenges in your life and bring an end to injustice in the world around you.
JOIN US

Rise of the Wahine  screenings and special events near you.
Join Us! 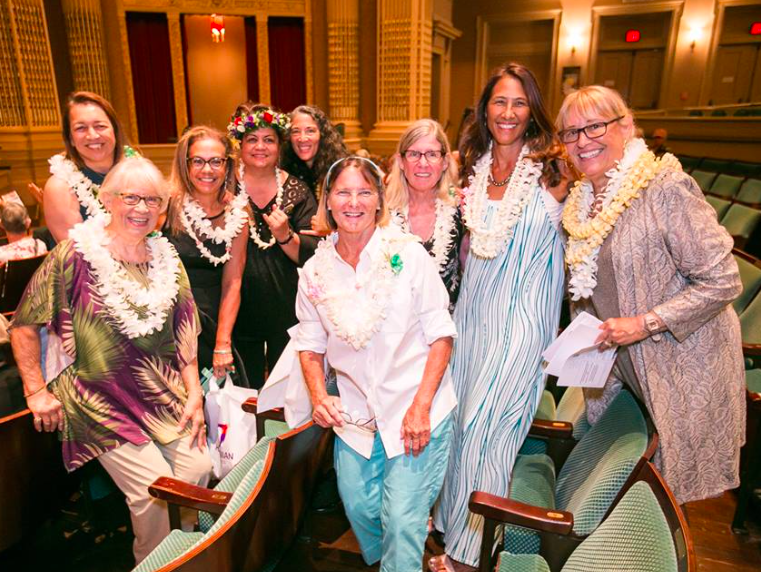 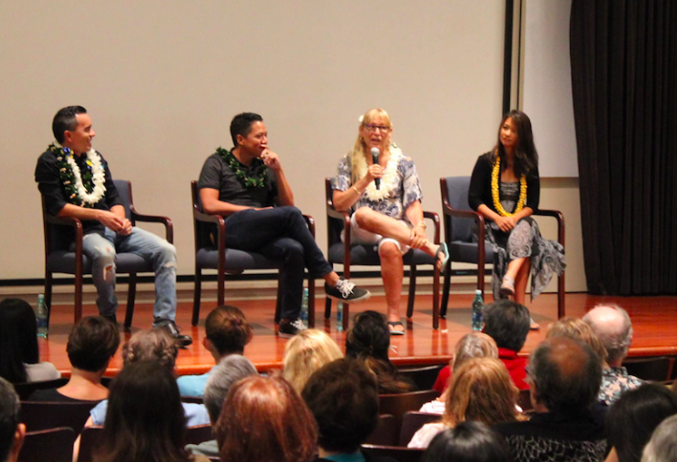